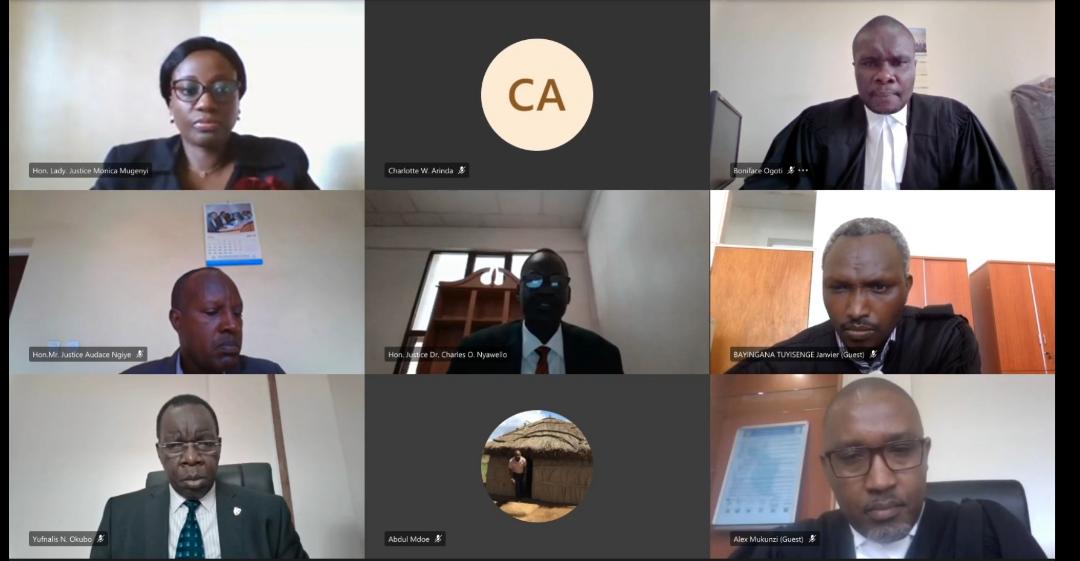 East African Court of Justice, 28 September 2020: The First Instance Division dismissed a matter challenging the Inter-University Council for East Africa over recruitment. Reference No. 13 of 2017 Prof. Elias Bizuru vs. The Inter-University Council for East Africa,the Applicant who is a Burundi citizen alleged that the Respondent lacked transparency in its decision of not selecting him for the position of Chief Research and Innovation Coordination Officer after the interviews recommended him as the best candidate to be appointed, was an infringement of Article 6 (d) of the Treaty and sought its nullification and costs associated to the Reference.
Court in its decision said that, following objection from the Republic of Burundi pursuant to due diligence checks in accordance with a Council decision, the Inter-University Council for East Africa declined to offer the Applicant the job. Consequently, court found that the Applicant’s rejection was in accordance with due process. Court dismissed the matter with costs to the Respondent (IUCEA).

In addition, Court said that facts have been established, first, that there was communication at and about each stage of the process. At the tail end of this communication, the Applicant was informed of the decision to decline him appointment with the IUCEA. Secondly, at the end of the process and before the formal offer of employment, the Republic of Burundi entered a protest on grounds of moral credibility. As a result, the IUCEA Executive Committee communicated to the Applicant that his application for the advertised position had not been successful. Thus, it is an issue of freedom of contract in that the offeror is free to rescind a potential offer in light of the information availed at the pre-contract offer stage.

Further, Court found that Article 6 (d) has been misconceived, and does not apply since the matter relates to freedom of contract whereby a party is free to execute contractual relations with a party of choice. That the notion of freedom of contract is similarly applicable to employment contracts such that an employer is at liberty to execute a contract with a party (employee) of choice, subject to the terms of engagement process. In the instant case, the Council of Ministers having designated due diligence checks as an integral part of the recruitment process, the Respondent State was at liberty to express its reservations and the IUCEA was obliged to abide by the said objection. Court therefore found no lack of transparency in the impugned recruitment process.

The background of the case is that, in October 2016, Prof Elias Bizuru (Applicant) applied for the position of Chief Research and Innovation Coordination Officer with IUCEA following an advertisement posted on the official website of the institution. On 21st February 2017, he was notified that he has been shortlisted and sat for the interview on the 27th February 2017 and later on the 26th April 2017, the IUCEA required him to submit supplementary which he duly submitted. In addition, there was the academic verification documents submitted by the University where he completed his PhD degree. The submission was done with the Applicant’s approval. On 21st September 2017, he received a letter of regret from the IUCEA Executive Committee informing him of that he had not been selected for the post. As a result, the Applicant filed this case in the Court.
The Applicant was represented by Mr Bayingana Janvier while the Respondent was represented by Dr Anthony Kafumbe & Mr Alex Mukunzi Ruharo. The Judgment was delivered via Video Conference by Honourable Justices of the First Instance Division: Lady Justice Monica Mugenyi (Principal Judge), Audace Ngiye and Dr Charles Nyawello.