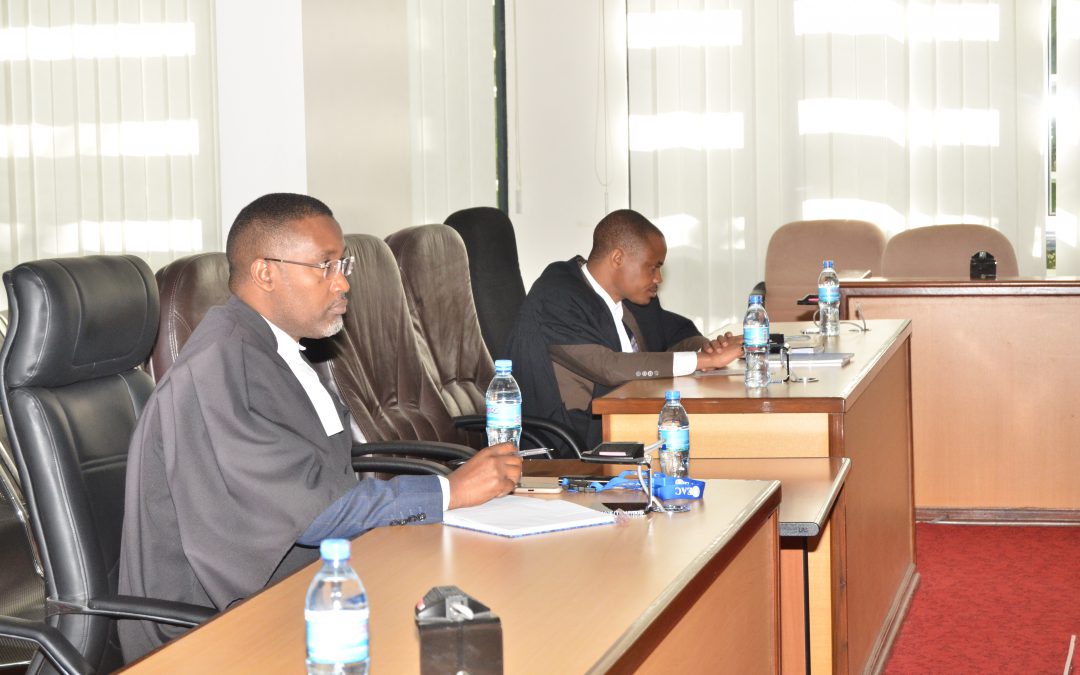 East African Court of Justice Arusha, 5th July 2019: The First Instance Division granted an interim order restraining the Inter-University Council for East Africa (IUCEA) from pursuing the recruitment process in respect of the position of Chief Research and Innovation Coordination Officer, until the determination of the main Case (Reference No.13 of 2017).

Court said that, it was satisfied that the Application has been conceded by the Respondent (IUCEA) through her supporting affidavit in reply, having agreed to suspend and halt the recruitment process in issue, pending the determination of the case. The court therefore did not subscribe to Counsel to the Community (CTC), Dr Kafumbe’s contention during the hearing of the Application, arguing that the Application is moot. Hence court granted the order. 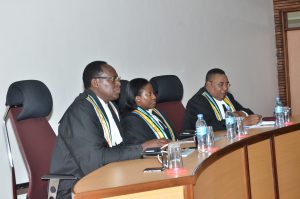 Judges of the First Instance on the bench delivering the Ruling

The IUCEA’s Affidavit in reply paragraph 11 & 12 states that; para 11- “The sitting of the 25th Executive Committee of IUCEA, the Committee was informed by IUCEA Secretariat that, following advice from Counsel to the Community (CTC), the recruitment process in respect to the position of Chief Research and Innovation Officer had been halted pending settlement of the matter at the EACJ. (para 12)-That IUCEA Secretariat has fully complied with the directive of the Executive Committee to halt the recruitment process and that, no shortlisting or interviewing process has been carried out in regard to filling the position of the Chief Research and Innovation Coordination Officer till to date”

In the main case pending determination, the Applicant, Prof. Elias Bizuru seeks for an order to nullify the IUCEA’s decision to re-advertise the said position while he had emerged the best candidate in the earlier original advertisement and interview conducted. 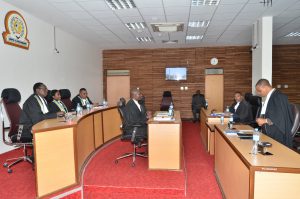 The Application was filed to court under Article 39 of the Treaty for the Establishment for East African Community and Rule 73 of the East African Court of Justice Rules of Procedure 2013.