PRESIDENT OF THE COURT RECEIVES THE NEW SPEAKER OF EALA 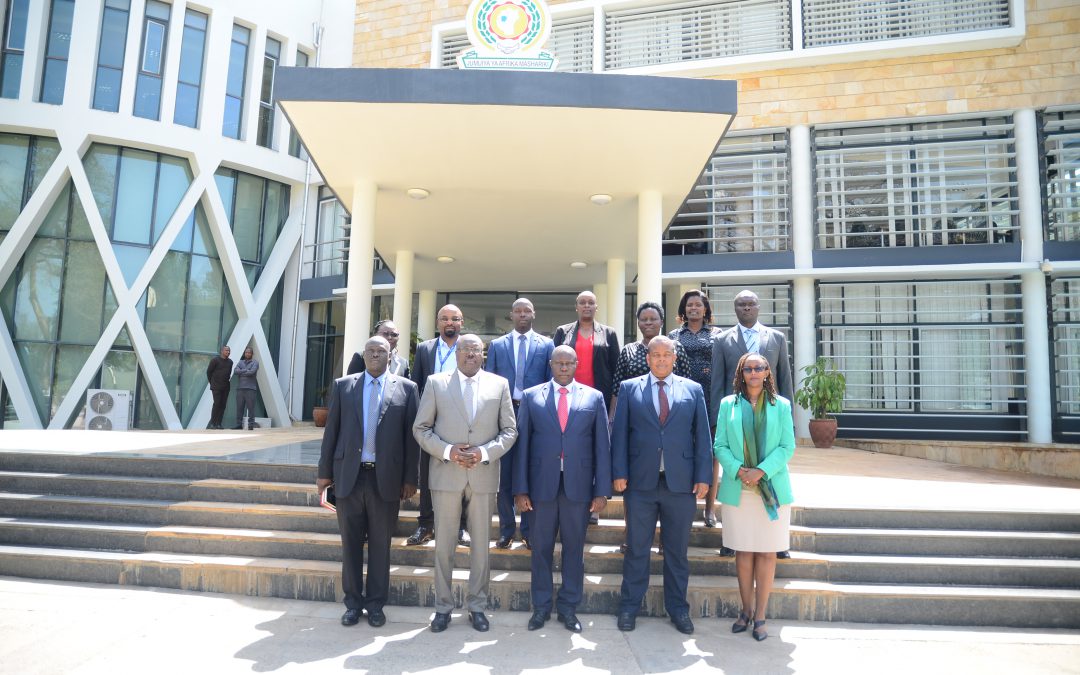 His Lordship Justice Kayobera welcomed the Rt. Hon. Speaker and congratulated him upon his appointment as the Speaker of the 5th Assembly. He informed the Speaker that since he joined the Court in February 2021, he has been working well with the former Speaker of EALA, Hon. Martin Ngoga and the Court has been enjoying the full support from EALA and other Organs of the Community.

The Judge President also told Rt. Hon. Speaker about the functioning of the Court, it’s role and jurisdiction in advancing the EAC integration agenda and its mandate is to ensure adherence to the Treaty for the Establishment of the East African Community.

Justice Kayobera highlighted on a case of a former Speaker of EALA, Rt. Hon Margaret Zziwa that was filed to EACJ challenging her removal from the office of the Speaker and the case was determined against the Secretary General of EAC for violation of the Treaty, the Court awarded costs to Zziwa and the Community paid huge amount of money.

The Judge President strongly emphasized that the Court does not fear or favor anyone and encouraged Organs to avoid unnecessary violations of the EAC Treaty. He further said that access to EACJ doesn’t need exhaustion of local remedies in the Partner States, litigants file their cases directly to the Court.

The President of the Court called upon the Rt. Hon. Speaker to support the Court, especially to follow up the process of assenting a Bill on EACJ Financial & Administrative Autonomy that was passed by EALA in 2019 and has never been assented to by the Partner States.

On his part the Rt. Hon. Joseph Ntakarutimana, EALA Speaker, commended the work the East African Court of Justice is doing to ensure the Integration process is achieved smoothly with respect of the rule of law and fundamental principles of the Community. He indicated that there is need for the public to understand the type of cases that are filed in EACJ.

The Speaker pledged to work in harmony with the Court and everyone in EAC. “We are together and we are here for a while therefore let us learn to work together because we need to salute ourselves for a good job well done at the end of tour of our duties at EAC. Call us where you need our support,” said Hon. Ntakarutimana.

Hon. Ntakirutimana pledged to follow up with the Ministers responsible for EAC Affairs on the status of assenting the EACJ Financial & Administrative Autonomy.

The Principal Judge of the Court Justice Yohane Masara also added that the Court’s duty is to implement the Treaty and Judges are guided by Treaty while determining the cases.

In attendance was the Clerk of EALA Mr. Alex Obatre and other Staff of EALA & EACJ.