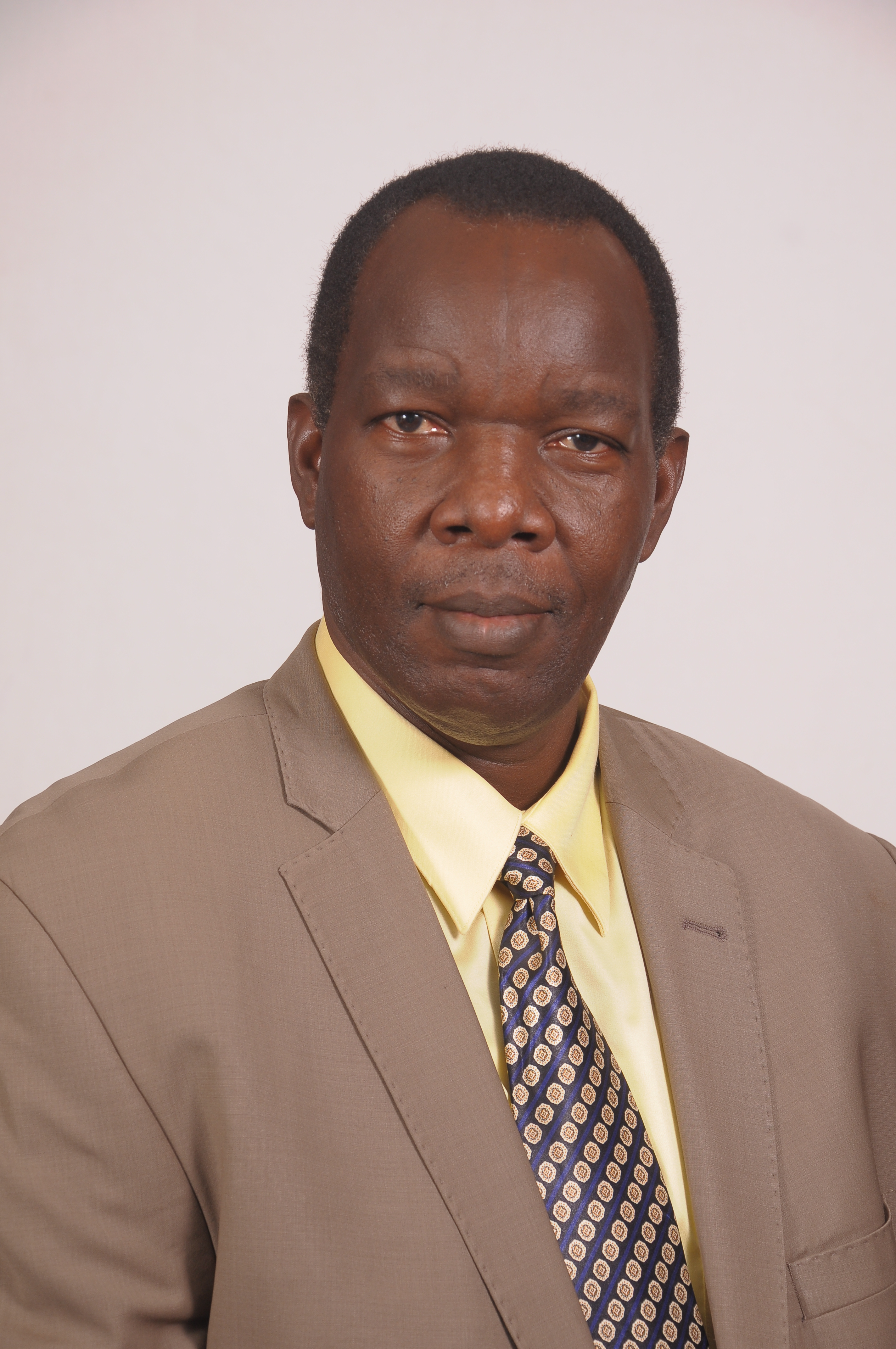 Currently: Registrar of the East African Court of Justice.

Previously: For the last 9 years he has been the Legal Counsel to the Intergovernmental Authority for Development(IGAD) a Regional Economic Community where he was in charge of the legal division and institutional affairs. He also practiced law in Kenya and dealt with high profile cases in both civil and criminal practice. He brings to the Court a wide experience both in law and administration.

Appointed Registrar of the EACJ on 29 th February 2016 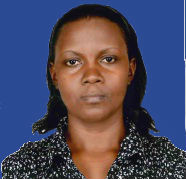 Appointed Security Officer of the EACJ effective 1st Jan 2014 by the EAC Council of Ministers.

Mr. Alain O. Nsengiyumva: Personal Assistant to the President of the East African Court of Justice

Mr. Alain O. Nsengiyumva is also an Advocate of the High Court of Rwanda.

Appointed Personal Assistant to the President of the East African Court of Justice in June, 2015 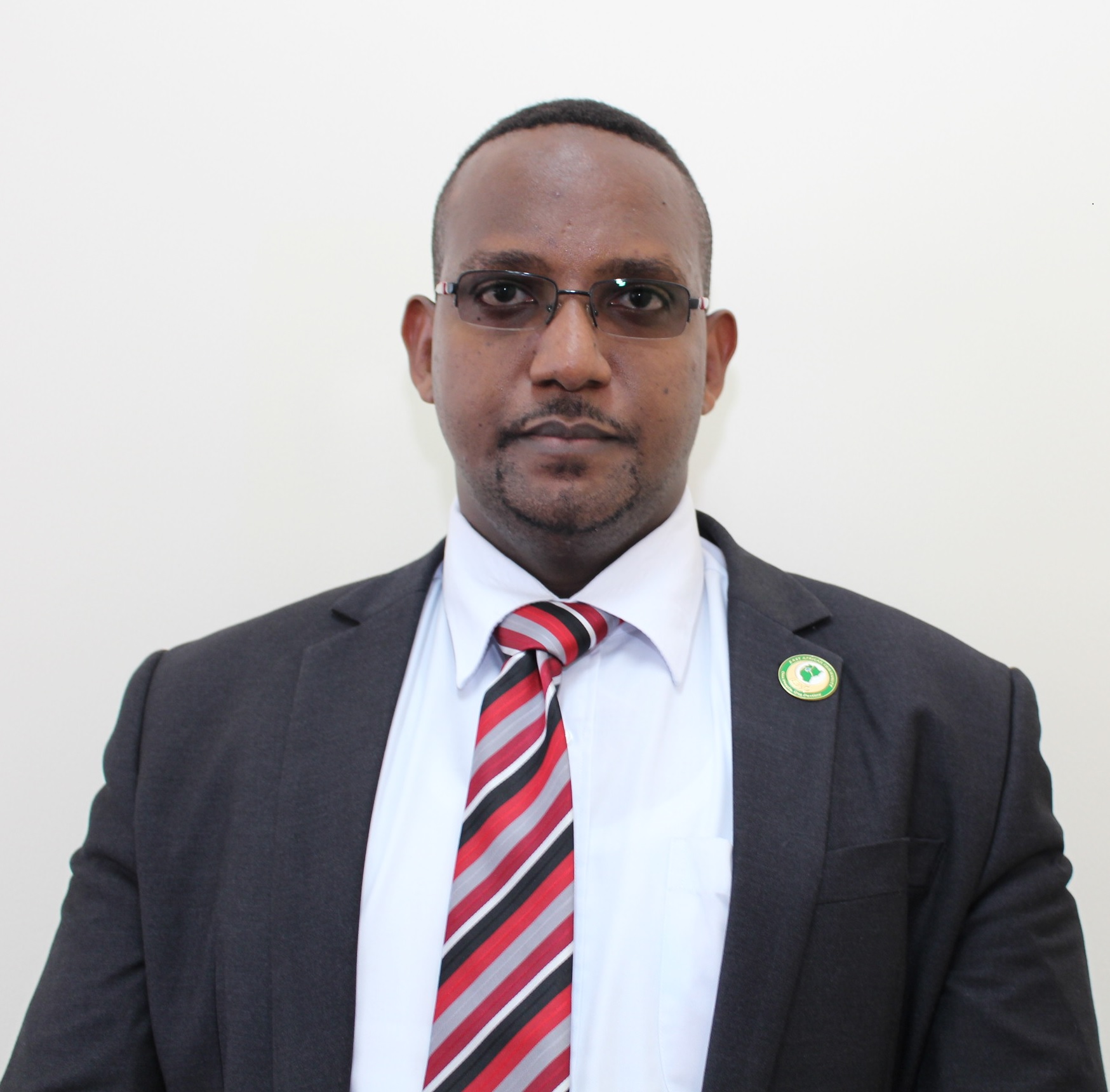 Appointed Network Administrator of the EACJ in June, 2015

Born in February 1972. Holds Masters’ degree in Business Administration (MBA) at Eastern & Southern African Management Institute (ESAMI), Arusha Headquarters. Holds an Advanced Diploma in Accounting from the Institute of Finance Management (IFM), Tanzania, and a Certificate in Computer Operations and Applications from Micro wide Systems (E.A) Ltd.  Previously, she worked as an Assistant Accountant at Tourism Promotion Services (T) Ltd (1998-2000); she also worked as a Financial Accountant with the General Tyre E.A Limited (2000-2007). Ms. Metili has more than ten years experience in accounting and is a member of National Board of Accountants and Auditors (NBAA).

Appointed Accounts Assistant of the EACJ from July 2007

Born in October 1960, holds a Diploma in Secretarial Studies at Commercial Institute in Dar-es-Salaam, a Certificate of GSCE in Ordinary Level, at Jangwani Girls’ High School in Dar-es-Salaam ).  currently, a Personal Secretary in the Chambers of the Registrar of the East African Court of Justice, previously she served as, a Personal Secretary of various Organizations as follows;  to the Project Manager at EAC-Digital Transmission Project ( 1998 to 2001), to ALUCO Division Manager, Aluminium Africa Ltd in Dar-es-Salaam (1978 – 1980), to the Project & Programmes Officer at YMCA Headquarters in Moshi, (1983 – 1987), to the Secretary General at International Cooperative Alliance in Moshi (1987 – 1989),  to the Information Technology Manager at ESAM (1989 – 1991), at SADCC/CIAT Bean Project in Arusha (1991) and she was a Project Secretary at GTZ/TCA in Arusha. (1994-1996), she also served as Personal Secretary at Singida/Arusha Power Line Project with Danish Rural Electrical Company/Tanesco in Arusha (1996 – 1997)

Appointed Personal Secretary of the EACJ in January 2001 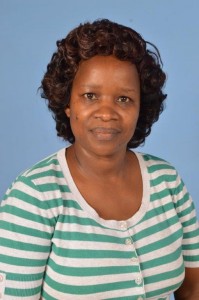 Currently, she is a Personal Secretary to the Judges and the Deputy Registrar of the East African Court of Justice.

Previously she served at the United Nations Industrial Development Organization (UNIDO) Project in the Ministry of Industry and Technology, Kampala (1988-1989). She worked in various Departments of the Parliament of Uganda : Official Report as a Transcriber  (1992 – 2000);  head of Transcribing Section (2001 – 2004), Personal Secretary to the Director of Finance and Administration (2005 -2008);  Personal Secretary to the Director of Parliamentary Budget Office (2008 – 2009); appointed as Champion of the Change Process for the Customer Service Improvement Project of the Parliamentary Service Secretaries for formulation of the Code of Conduct of Secretaries  (2008); and served as an HIV/AIDS Peer Counselor  of  the Staff (2009).

Appointed Personal Secretary of the EACJ in December, 2009 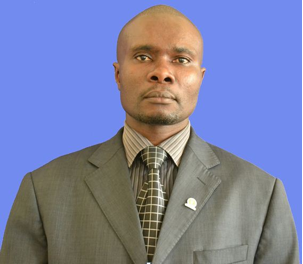 Born April 1975. Holds a Bachelor of Laws Degree (LL.B), a Diploma in Law and a Public Relations certificate. Previously worked in various organizations and Judicial institutions including: - American Life Insurance Company (1997), The High Court of Kenya (1997-2000), Court of Appeal of Kenya (2000-2009). Seconded and served in various Commissions and Tribunals including: Tribunal to Investigate Judges of Court of Appeal (2004-2009) and Tribunal to review terms and conditions of service for Members and Employees of the National Assembly (2009).

Appointed to the East African Court of Justice in December 2009.

Currently; Works with the East African Court of Justice (EACJ) as the Court Clerk/ Interpreter; Previously worked as Process Server Courts of Judicature, Kampala, from 2000 to part of 2006; Immigration Assistant with Ministry of Internal Affairs, Immigration Department, Legal and Investigations Office-2006 to part of 2007; Civic Educator-Uganda Electoral Commission 1993-1996; Teaching in ordinary and Advance level classes at Pakwach Secondary School 1997.

Before that short term /temporary teaching in ordinary and Advance level classes at Pakwach Secondary School 1997. 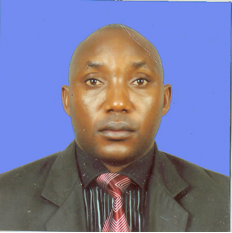 Born September 1974 in Busiga , Ngozi province of the Republic of Burundi. Holds a Bachelors degree of Arts in Law, (University of Burundi) (2006). He attended primary school in Ecole Primaire de Kagozi in Mwumba commune (1989), secondary school at Lycée of Buye in Ngozi Province (1998). Joined the Army in the compulsory military service for 2 years during the civil war in Burundi. Currently a court clerk in the Burundi sub-registry of the East African Court of Justice. Previously respectively served in the United Nations Integrated Office in Burundi March 2009-October 2011 and in the Burundian Ministry of Youth, Culture and Sports November 2003 -August 2004, March, Judiciary as Prosecutor Clerk at Bujumbura prosecutor' office (2008-March. 2009),  undergone several trainings in law, human Rights and HIV, International Humanitarian law and the law of armed conflict, the special need for women and children in armed conflict and security. He is married and a father of 4 children, among them two twins of 2 years and 8 months. 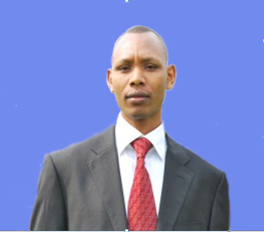 Born January 1976. Holds a Bachelors degree of Arts in Law (BA Law) from Kigali Independent University (2004). Currently, a Court Clerk of the East African Court of Justice. Previously he served as a Registrar in charge of civil registry: (administrative, social, civil and commercial cases) to the Supreme Court, worked as Inspector of Judicial police in the Ministry of Justice of Rwanda (1997- 2000). He trained   Inspector’s of judicial police courses June- October 1997.

Currently: Research Assistant of the East African Court of Justice

Appointed Office Attendant of the EACJ May 2009

Currently, a driver of the East African Court of Justice (Registrar)

Appointed Driver of the EACJ in April 2001